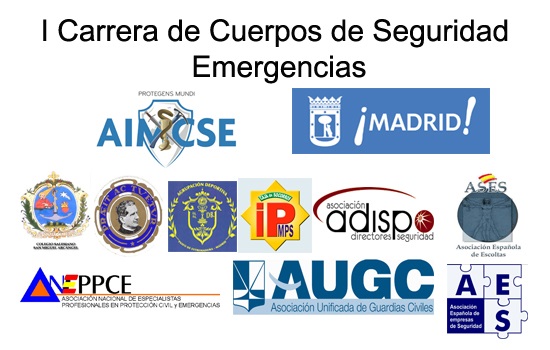 AIMCSE organized in Madrid, on May 18, 2014, the First Race of Security and Emergencies. A competition of athletics by teams over a distance of 10 km that takes place within the framework of the XXII María Auxiliadora Popular Race, a race organized by the Don Bosco Alumni Sports Group – Salesianos Paseo and the Madrid City Council – Latina District .

TECHNICAL DETAILS:
The Safety and Emergency Corps Race will be a competition for teams of three runners who will represent their association or body as a male, female or mixed team, as they choose at the time of registration.
Type of competition: Athletics – route. Distance: 10 Km
Departure time: 9h
Competition Day: Sunday, May 18, 2014. Timing: With chip.
The classifications of the teams will be done by adding the times of all the members of the same.
To appear in the team classification it will be essential that the three team members finish the race.
Classifications will be made for the three categories established in the team modality: male, female and mixed, regardless of the ages of the team members.
All the teams that complete the test will receive their corresponding diploma with the accreditation of team and team times and the position obtained by the team in its category and in the general teams.
OTHER ISSUES TO BE TAKEN INTO ACCOUNT:
The First Security and Emergency Corps Race is a competition with a popular character and with the aim of creating relationships between the professionals that make up all the Security and Emergency Corps beyond a competitive competition between the different bodies.
The different teams were invited to participate with a certain uniformity in terms of equipment (similar colors, logos, etc.) in order to distinguish the different competitors and also generate a greater image impact among the spectators and followers of the race. 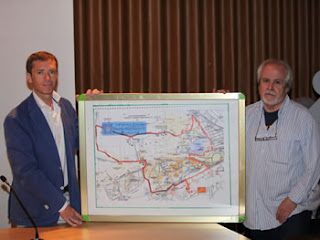